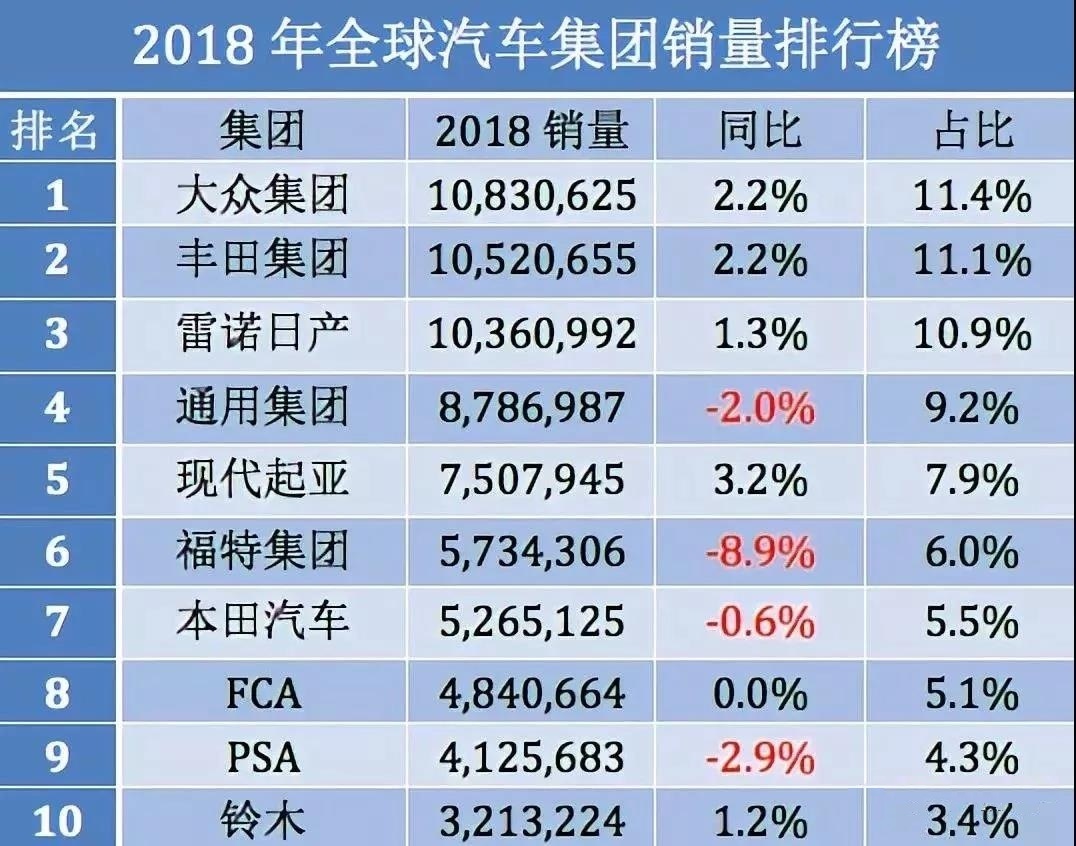 Toyota still lost to Volkswagen, but there was not much of a gap between the two. The cumulative global sales increased by 2.2% to 10.52 million. In China, the Toyota brand sold 1,474,500 vehicles in 2018, a year-on-year increase of 14.3%, setting a record high, and set the sales target for 2019 in China at 1.6 million vehicles. Sales of Toyota's high-end Lexus brand have also grown significantly, driven by China's cut in tariffs on imported cars. In 2018, the cumulative sales volume of Lexus in China reached 160,468 units, a year-on-year increase of 21%, and just completed the annual target of 160,000 units.

Despite the setbacks in the Chinese and American markets, Hyundai-Kia successfully completed the sales target of 7.5 million units set in early 2018, and delivered a global sales volume of 7.507 million units, a year-on-year increase of 3.2%, and became the best performer last year. car group. Earlier, the Hyundai-Kia Group also announced its sales target for 2019 - global sales of 7.6 million vehicles, taking reversing the decline of the two major auto markets in China and the United States as the main direction.

Ford Group ranked sixth in the list with annual sales of 5.734 million vehicles, down 8.9% year-on-year, making it the car company with the largest sales decline in the list. Data show that Ford sold 752,243 vehicles in China last year, down 36.9% from 2017, of which Changan Ford sold only 417,000 vehicles, a drop of nearly 50%. According to the report, in the fourth quarter of last year, Ford lost 116 million US dollars (about 787 million yuan), while the year-on-year profit was 2.52 billion US dollars. For the reasons for the loss, Ford said pension costs, poor sales in Europe and China.

In addition, Focus2Move also counted the sales list of the top ten car brands in 2018. In the list, the Toyota brand won the championship with an absolute advantage. The top five Japanese brands occupy three seats, South Korea's Hyundai and Kia also entered the top ten, and Mercedes-Benz ranked Ranked ninth, it is the only luxury brand on the list. 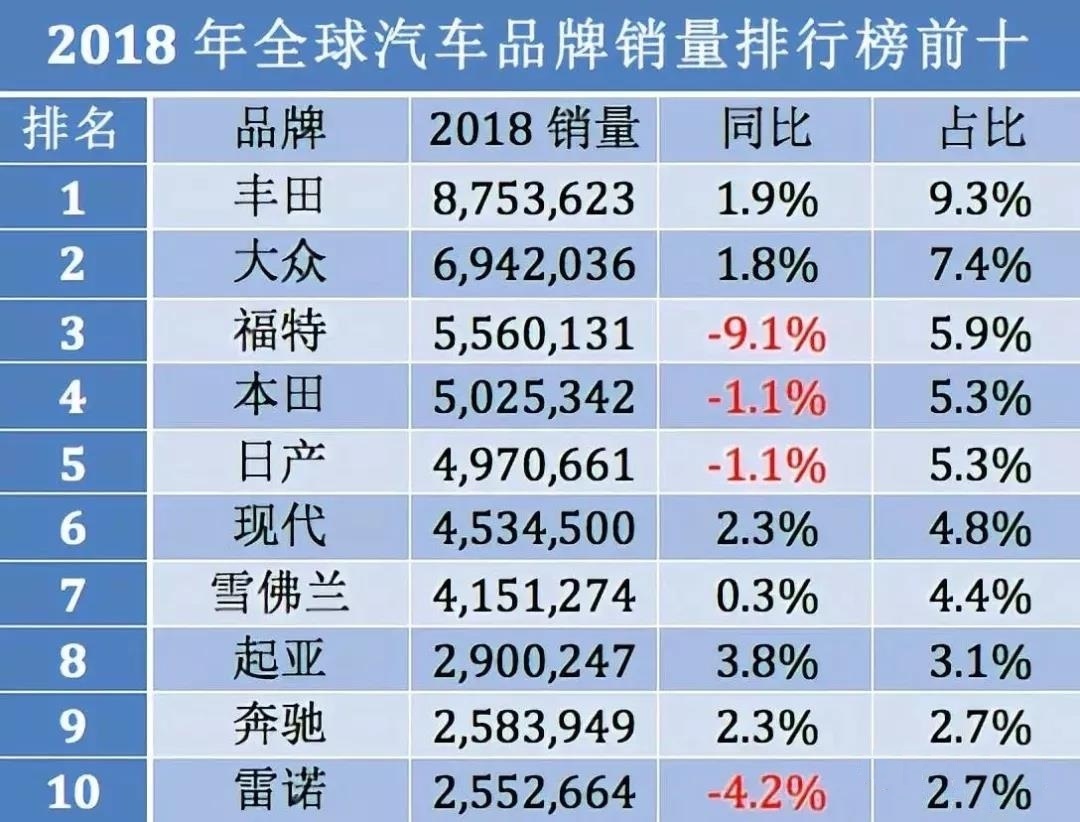 In 2018, the number of global car registrations was 95.6 million, a year-on-year increase of 0.2%. Globally, the first half of 2018 performed well, but in the second half of the year, due to the influence of WLTP, RDE and the Chinese market, the global annual cumulative sales still failed to exceed 100 million units.

Last year, the implementation of the European WLTP test regulations and RDE emission tests caused fluctuations in car sales in the European market. The data showed that the overall sales in Europe fell by 10.6% in September last year. Of course, as the world's largest market, the Chinese auto market has a profound impact on the global auto market. In 2018, China's auto market as a whole was cold. The annual sales of passenger vehicles in the narrow sense reached 22.35 million units, a year-on-year decrease of 5.8%, the first annual decline in more than 20 years.