The 84th National Auto Parts Fair was cold again, but the calligraphy and painting exhibition became a popular booth?

On October 14, the 84th National Auto Parts Fair closed in Changsha, Hunan. The National Auto Parts Fair has always been one of the feasts most concerned by auto parts manufacturers and distributors. But as far as the recent auto parts fairs are concerned, whether it is Fujian, Wuhan or the Changsha station this time has encountered freezing points. 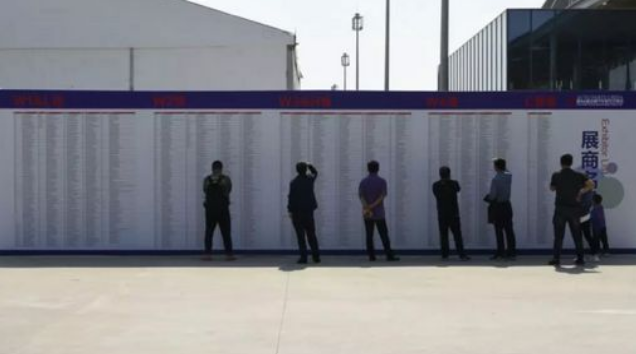 Exhibitors and audiences have greatly reduced their enthusiasm for external publicity such as the current exhibition. The problems presented by the exhibition are only the tip of the iceberg. More companies have faced problems in the past two years. The collective platform chain Oppression, the frequent presence of large capital in the automotive aftermarket, and the sharp drop in foreign trade orders caused by the trade war. The automotive aftermarket may really be facing a major reshuffle.

The calligraphy and painting booth has become a popular booth?

The popularity of this exhibition has been greatly reduced compared with the same period of previous years. There are few people who stop by the booth of regular exhibitors, but only one small booth is very popular. In front of the booth of a machinery limited liability company in Weifang (the head has been deliberately blocked), this home did not display any products related to auto parts, but displayed exquisite paintings and calligraphy of famous people. According to the on-site interview, the company transferred the booth to the company that was selling calligraphy and painting for special reasons.

The most popular booth at the auto parts exhibition is a booth that sells calligraphy and paintings that have nothing to do with auto parts, which is full of irony. The sharp decline in exhibitors, the cold popularity and the popularity of unrelated auto parts booths all indicate that practitioners in most industries have changed their emphasis on external publicity such as exhibitions.

Leopard King is exhibiting again after a few years

Leopard King Filter has always been the leader in the filter industry. He has been at the forefront of the industry in many aspects, and Leopard King's development model has also been imitated by many similar filter companies. The heritage of Leopard King in the industry is obvious to all, so there is no need to rely on external publicity similar to exhibitions. Leopard King has not participated in any exhibitions in the past few years.

However, we found a Leopard King booth that had not appeared for a long time in this exhibition. The insider of Leopard King Filter also told Auto Parts that Leopard King really does not need to rely on excessive publicity such as exhibitions, but recently In the past two years, there were too many variables in the industry, and everyone was in such a confused period.

As a pioneer in the industry, Leopard King is of course the first to encounter such problems. We are also trying to use various methods to solve the common problems encountered by everyone. We also hope to use various channels to add an additional channel for the outside world to receive information about the Leopard King. The industry has indeed reached a watershed period. During this period, everyone only seeks stability, and no one dares to move forward rashly. Today's leading enterprises will become a thing of the past with a little carelessness, and the reshuffle of the auto parts industry is really coming.

The impact of the trade war on foreign trade companies may be more severe than expected. The characteristics of auto trade between China and the United States are the same as those of my country's foreign auto trade. my country mainly exports auto parts to the United States, of which walking systems (wheels and tires) account for more than 50%. This part of the trade has an annual surplus of about 15 billion US dollars. my country mainly imports complete vehicles from the United States, supplemented by a small number of transmission system components. This part of the trade has an annual deficit of about $12 billion. On the whole, the scale of China-US auto parts trade is limited, about 30 billion US dollars per year; the surplus and deficit are small, about 3 billion US dollars per year and decreasing year by year.

In the future, the steps of Chinese companies to build factories abroad will be accelerated, and the United States will implement double-reverse tax rates, and the survival of export-oriented small and medium-sized enterprises will be more difficult. Because there are so many needs in overseas markets, it is estimated that the planned production capacity of Chinese companies' overseas factories can fully meet the needs of overseas markets. Therefore, the market space for production in China and re-export to overseas will become smaller and smaller.

The crisis has always existed, and the key point is that all the problems have erupted in a concentrated manner in the past two years. External troubles are the concentrated outbreak of trade wars, while internal concerns are the promulgation of environmental protection laws and the crazy growth of raw materials. Internal and external troubles come together to make everyone miserable. First of all, due to the transmission of raw material prices, the market has clearly felt that the atmosphere of price increases is very strong. The rise in raw materials affects every enterprise, but large enterprises can gradually widen the price difference with small and medium enterprises by virtue of their own advantages.

Secondly, the operating cost of talents is also increasing. The auto parts industry is faced with the problem of "insufficient talents" all the year round. In the current urgent environment, this problem is particularly prominent. Green and yellow are not connected is the most appropriate word to describe the current talent plight of the auto parts industry. The professional attribute of the auto parts industry is strong. After the fresh blood enters the enterprise, the enterprise needs to continue to spend manpower and material resources on the training of talents. After the training reaches a certain level, the salary does not reach the expected level, and the talents will be lost, and the enterprise will face a new round dilemma.

At this stage, companies only seek "stability"

We can survive through storms and storms

Auto parts manufacturers are facing internal and external troubles. At this moment, manufacturers cannot expect the end of the trade war. They should devote more energy to the domestic market. The development of the domestic market requires more continuous injection of local blood. We all do not want to see foreign brands stealing and looting in China, and domestic local brands lingering on.

The birth of local brands has our own blood. They know more about the Chinese market than imported brands. Under the monopoly of big brands, dealers can only obtain meager benefits, and the initiative is handed over to the monopoly manufacturers. Hand, local brands are now paying more and more attention to diversified customized needs, and according to different regions and different distributors, more welfare policies are given to achieve a win-win situation. And our channel dealers should not blindly believe in big names, and should give more opportunities to our own enterprises, so that we can survive this crisis together safely.

We look forward to the local companies that stand together through thick and thin to bloom new flowers in their own homes!