Ten Strategic Significances of the New Third Board for China

The NEEQ is not simply the future Nasdaq. It will become the world's largest stock exchange at any time. If the annual listing rate of 10,000 companies can be maintained in the future, it will no longer be a myth to become the world's largest exchange platform. Therefore, the New Third Board has ten strategic significance for China's capital market.

First, the New Third Board is the starting point, weapon and foothold of national policy. The huge wealth effect of the NEEQ enables the NEEQ to attract entrepreneurs to start businesses and venture capital to invest, enabling the implementation of the national policy of "mass entrepreneurship and innovation".

Third, the NEEQ will restore the uncertain and diversified nature of the capital market, will vigorously promote technological innovation and model innovation, and will give birth to great innovative enterprises. In the past, my country's market review, whether it is the main board, the small and medium-sized board or the GEM, was a strict review system, which did not really play a supporting role in the capital market's uncertainty for enterprises. The average establishment time of NEEQ enterprise companies is less than 5 years, and the NEEQ requires companies to go public for only 2 full fiscal years, which is a kind of support for innovation and entrepreneurship.

Fourth, the New Third Board will become a booster for economic growth. Driven by the wealth effect of the New Third Board, capital can be squeezed and actively flowed into the equity market, becoming a booster for economic growth. In fact, whether it flows into the main board, the small and medium-sized board, the ChiNext board or the new third board, increasing the proportion of direct investment, especially equity investment, to a certain proportion is particularly important for the development of China's economic growth.

Sixth, the New Third Board will become the largest stock exchange in the world. In the future, the new third board can develop at a rate of 10,000 per year, and the number of enterprises in our country can fully support this number. This is very similar to the development history of Nasdaq and the New York Stock Exchange. 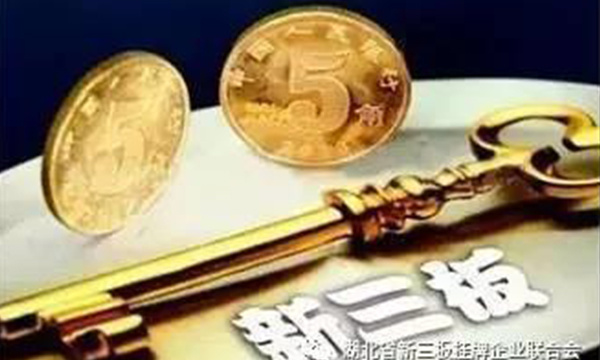